It’s no secret that there’s massive gender inequality when it comes to the business world. We have all sorts of research that document the marginalisation of women in business.

But for simplicity’s sake, let’s just focus on two invisible forces preventing women from climbing (and staying) on top of the business ladder.

First off, we have the Glass Ceiling. The invisible barrier that is largely responsible for barring women from reaching higher levels in the business world.

And for those businesswomen who break through the glass ceiling… there’s the Glass Cliff! The place where women in upper management are hired into precarious business roles where the risk of failure is high.

So, ladies, beware of the glass. Because in big business, there’s plenty of it. In which case, let’s take a closer look at what the glass is and how you can navigate your way carefully through the shards to success!

The Glass Ceiling and Its Impact On Business Women 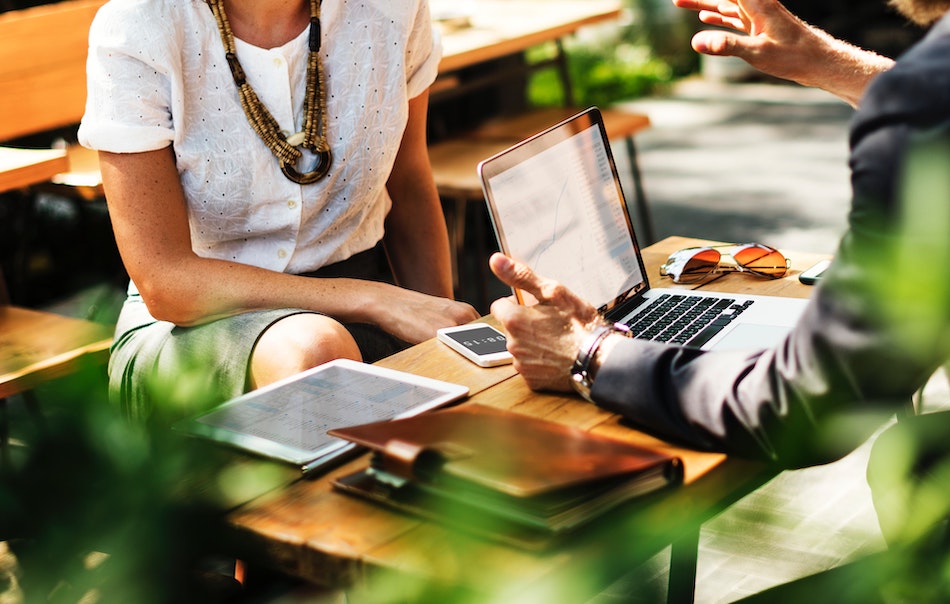 So then. What exactly is the Glass Ceiling?

The Glass Ceiling is ‘an intangible barrier that prevents women (and minorities) from obtaining upper-level positions’. Basically, it’s synonymous with the marginalisation of women in leadership.

Now, the representation of women in the business world has made serious headway over the past few decades. But still, we have a long way to go in the higher echelons of business.

Women currently account for only 4.8% of Fortune 500 CEOs, and this is mostly courtesy of entrenched belief in “The Mommy Track”.

There’s still an overwhelming perception that women will take extensive time off work (or leave the workforce altogether) once they have children. Plenty of companies have concerns over hiring women into business positions that can seriously disrupt the company’s smooth sailing.

But how much do parental duties really impact women’s ability and willingness to work?

In the Wall Street Journal Gallup survey, female managers were asked what they consider to be the most serious obstacle in their business careers. Only 3% of business women cited “family responsibilities”, with over half citing gender-related reasons.

Now, in legal terms, there have been plenty of changes. Employers offer paid parental leave for new parents, of both genders. And plenty more offer extra perks like flexible scheduling, the ability to bring a child to work for the day, and even employer-run day-care facilities.

In which case, what makes the Glass Ceiling so difficult to tackle is that it’s not concrete. It’s elusive and engrained in long-standing societal prejudices. And they continue to block women’s advancement in business arenas.

These prejudices are ingrained but unfounded. Ever heard the saying “boys work better with girls”? Well, it’s backed by research.  As it turns out, gender-diverse teams are more productive and produce higher revenues!

And by simply switching from a single-sex to a co-ed team can increase revenues by a whopping 41%. In which case, the stats are in for men and women, working together! At all levels of the ladder. 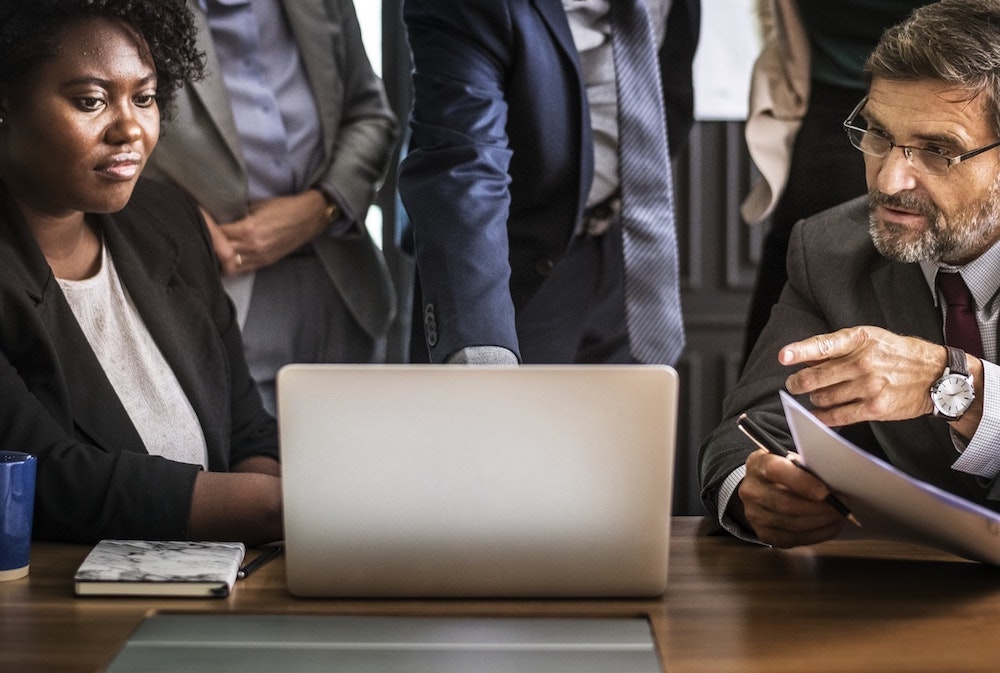 Research has found that women are disproportionately represented in precarious leadership positions. And this issue is not isolated, nor is it unique, to certain industries or geographical locations.

Now there are plenty of (not-so gender-neutral) reasons to explain why women get called into the boardroom in times of crisis.

Hiring women in leadership positions is a signal for change. The board decides that a male at the helm isn’t getting results. And so, they give women a chance when they are:

A. Running out of options

B. Struggling to experience growth

Basically, women are often hired to take care of the mess. And then there’s the matter of the chopping block.

Many researchers believe women become scapegoats thanks to “in-group favouritism”. When a precarious position opens up, men may want to protect their fellow in-group members. And, so they bring an out-group member: a woman.

Women in the top-level business roles are routinely handed unsolvable problems. Problems that they strive very hard to address. But nonetheless, are unsolvable.

The additional blow is that the Glass Cliff creates a damaging, self-fulfilling prophecy that women are unsuitable for leadership positions. But to lighten the mood, don’t fear! There are ways around this!

How Can Women Crack The Business Barrier? 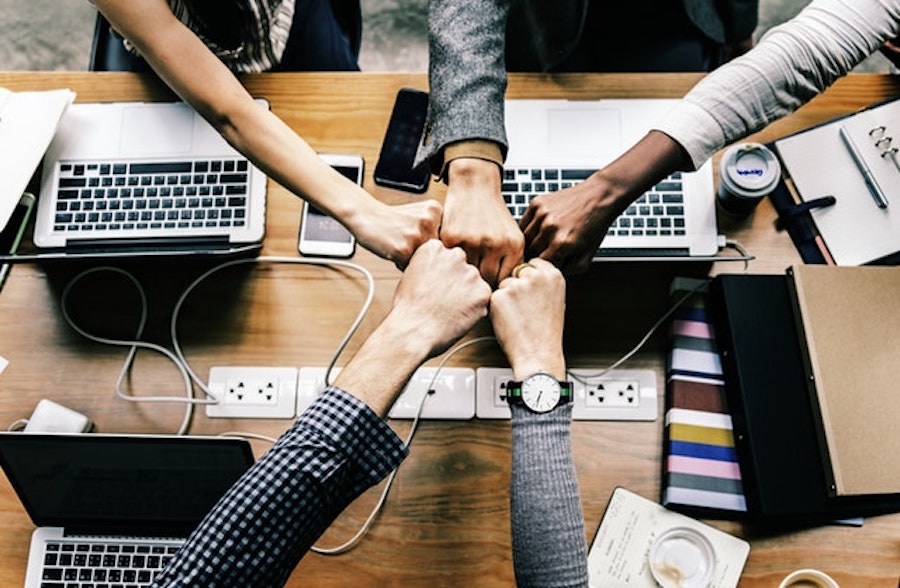 Now, then. How to break through the ceiling and stay there. Well, there’s no one-size-fits-all approach for women to make their career breakthrough.

What can be guaranteed is that the climb will take grit and confidence. More often than not, businesswomen have to prove themselves twice as much as their male co-workers. Meaning you’ll want to focus on things like:

- Getting amongst the managerial network

You may find this is easy. Or you may feel like you’re kowtowing to the system. Alternatively, rather than playing the game, try changing the rules of engagement!

There are also plenty of female executives out there who strive to facilitate supportive working environments. So, look for ways to find mentors who are keen to help other women rise through the business ranks.

The same is true of many men. There are plenty of top male executives who see the system as antiquated, unfair, and actively strive the break the ceiling from above. Another potential mentor right there!

This is probably one of the best indications for your career trajectory. The reason being that you don’t have to break through the glass ceiling. It’s already been done for you!

It’s also a great indicator that you won’t be subjected to a glass cliff situation once you rise up there. Which brings us to the next bit…

When you are offered a senior position look for support!

Support in the form of coaching and mentoring for senior executives is repeatedly shown to be crucial for success. And what adds fuel to the flame in Glass Cliff situations is that women in top-level business roles often lack ongoing support.

So, look beyond the title and financial gains. Find out what support structures and mechanisms an organisation has in place. To help you do your job in the most effective way possible.

All in all, the pathway up the leadership ladder varies from business to business, executive to executive, gender to gender, and person to person.

So, practice vigilance!  Read the situation, work within the system, find alternate pathways, find mentors and ensure you have a solid support structure and/or team to rely on.

Representation of women in managerial, executive or CEO business roles is sadly limited. The Glass Ceiling is cracked, not broken. And, once a woman has beaten all odds and earned the top seat, the real fight begins to keep the job!

So, mind the glass. And follow the recipe for success and longevity! Choose your workplace wisely, look for workplace diversity, develop a support network, and make ensure you have support mechanisms in place before taking a Glass Cliff position (if at all!).